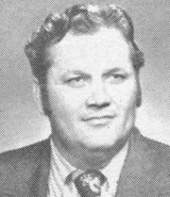 Ayers tells the story of when he was ten he would run to the edge of the woods near his home and pray for his family to know God even though he had never been to church. When he was eleven, after years of fighting between his parents, his dad told him that he was leaving his mother. The day after dad left, his mom took his little sister and went to be consoled by her mother. For 91 days Walter was all alone in the little two-room house. The neighbors would feed him and care for him and would communicate with his mom about his condition. His mom returned determined to raise him and his little sister. She got two jobs and worked sixteen hours a day, seven days a week for nine years. Her work schedule left Walter alone with no supervision and in his words “a hate for all forms of dedication and commitment entered my heart.” At age fifteen he had been expelled from school four times and told never to return, He fought in the street like an animal, stole cars, and carried whiskey for the local bootlegger. After twelve times before a local judge who had given him some leniency because of his situation, the judge sentenced him to two years in jail. His mother took responsibility for all his crimes and pleaded with the judge till he modified his sentence. The judge sent him back to school with a warning not to “mess-up” again.

He went back to the eighth grade at age nineteen. The school football coach cheered him on. He would not give up on him. He encouraged him to be a champion. This is the point that a young lady named Janice, who would later become his wife, entered the picture. He wanted to date her, but her dating life always included church. Through a unique relationship with her pastor, who loved and played football, Walter gave his life to Jesus. He finished high school at age twenty-two and got a scholarship to play football at the University of Arkansas.

While a student at Arkansas Ayers attended a revival meeting led by Evangelist Angel Martinez and surrendered to evangelism. One of Martinez's trademarks was his colorful dress. Ayers walked forward in blue jeans and T-shirt and said, "Dr. Martinez, God has called me to be an evangelist, too!" According to Ayers, Martinez replied, "Always looks sharp, young man. Always look sharp.”

Ayers preached his first sermon at First Baptist Church, Gillette, Arkansas. Remembering what Angel Martinez said, he preached in a tuxedo he had purchased at a pawn shop for nine dollars. Five people were saved in the evening service. He served the Lord as a Southern Baptist evangelist for 42 years and was used mightily across this country and around the world sharing the Good News that he heard as a nineteen year old boy in the eighth grade.