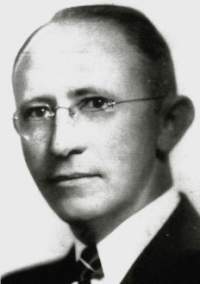 Havner was a simple, country boy from Vale, located south of Hickory, in a community called Jugtown. And unlike so many Christians who struggle in finding God’s will, Havner found his mission early. He became a Christian at age ten, was licensed to preach at twelve. The boy preacher of twelve years of age, preached to standing room only congregations.

Havner began a journey of 70-plus years of preaching and writing about a simple Gospel of the saving grace of Jesus Christ. Those who heard him never forgot the man or his message. One of the most greatly used individuals in recent church history was the late Vance Havner. His influence on the modern day church is still evident in the quoting of Dr. Havner by Christian writers and speakers everywhere. Many of today's Christian sermons, books or magazine articles will open with a quote from Havner when the author wishes to quickly gain the audience's attention.

What set Vance Havner apart from other preachers and teachers was his ability to get the point across without having to say too much. His often humorous one-liners could simultaneously make you smile while also piercing your soul.

Havner often described his itinerant ministry as more of an old-time exhorter or revivalist than an evangelist. “I have come to comfort the afflicted and to afflict the comfortable,” he said. His powerful Biblical preaching and humorous way of communicating deep spiritual truths with clarity and conviction will always stick with you. Though Dr. Havner died in 1986, his legacy continues.