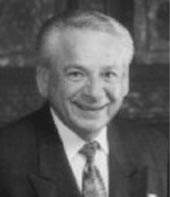 Rudy was born in San Antonio, Texas on October 19, 1927. He was the youngest of seven children and became fatherless at ten months of age. He accepted Christ as his Savior when he was eight years old at the Rosillo Street Baptist Mission in San Antonio. The mission was meeting in an old garage that had been converted into a House of Worship. Later that day he shared his faith and a friend also accepted Christ as Savior.

He is President of Rudy Hernandez Evangelism International (RHEI) which he established in 1973 with a focus on Crusades, Conferences, Conventions, Communications and Counseling in the Continental U.S. and abroad. He has conducted Revival Crusades in the United States and around the world in over sixty countries. He has represented the World Ministries of the Southern Baptist Convention on special preaching-teaching missions in Africa, Hong Kong, India, Philippine Islands, Russia, South Africa, Spain, Thailand, Viet Nam, and most of Latin America, Europe and the Near East.

Rudy has written numerous articles for Denominational periodicals, tracts and booklets on Evangelism in Spanish and English. He is also the author of several books printed in English and Spanish.

Rudy has spoken extensively on Radio and TV in the U.S. and abroad with weekly shows on Spanish Television and numerous TV Crusade specials. Rudy has served as interpreter for Dr. Billy Graham, Dr. Paul Yohnge Cho of Korea, Dr. W.A. Criswell of Dallas, Dr. R.G. Lee and other outstanding preachers.

In May, 1995 Dr. Hernandez was part of a team that led deposed President of Panama, General Manuel Antonio Noriega, to faith in Christ in a Miami Correctional Center. Under special arrangements with Federal authorities they were allowed to baptize him in a portable baptistry in the Miami Federal Court House.