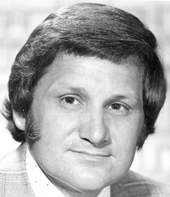 Ron surrendered to the ministry in 1952 at the age of fifteen at a Baptist encampment while Dr. Carl Bates was preaching. Ron began preaching at the city jail in Fort Smith, Arkansas at the age of fifteen through the ministry of First Baptist Church of Fort Smith. He also began preaching in weekend revivals in small rural churches as a team of young people would go out on the weekends.

Ron preached his first extended revival in 1953 at First Baptist Church of Bow Legs, Oklahoma where Jake Self, one of his prayer mentors, was pastor. A young man named Johnny Bisagno led the music. Ron got sick the second week of the meeting and gave Johnny his first opportunity to preach.

He was ordained to the ministry at First Baptist Church of Fort Smith by Dr. J. Harold Smith on December 29, 1954. One of the most important things the pastor said that night was, “God has not called you to be the next Billy Graham; he has called you to be Ronnie Dunn.” Ron said that was the most disappointing thing he had ever heard, but it was the best thing he could have possibly been told. His mother reinforced that thought through the years, as well as his wife, Kaye.

A graduate of Oklahoma Baptist University, Ron was saved at the age of nine, began preaching at the age of fifteen and pastored his first church at the age of seventeen. After completing his Masters of Divinity at the Southwestern Baptist Theological Seminary he pastored Dallas area churches. In 1966, he became the pastor of the MacArthur Boulevard Baptist Church. During his time as pastor there, the church doubled in size and began a unique 24-hour Intercessory Prayer Ministry. This Prayer Ministry has become the model for similar ministries in churches and Christian organizations around the country. In 1975, Ron resigned to fully devote his time to an itinerate ministry of Bible teaching and writing.

Ron Dunn had an extensive itinerate ministry of Bible teaching and preaching and served as the Minister-at-Large for the MacArthur Boulevard Baptist Church in Irving, Texas. He was also the president of LifeStyle Ministries, an organization that produces Bible study cassettes, which he founded in 1970. He preached Bible Conferences all over the United States, Europe, Australia, Canada, Central America, South Africa and the Caribbean Islands.