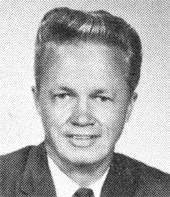 When first called into full-time evangelism, he recalled, a number of people told him he needed a brochure. "I didn't have any brochures," Gilchrist said. "I was told that was the way to go about getting revivals." So with a wife, five children and one on the way, Gilchrist quickly placed an order for several hundred brochures. But before he could send them out to prospective churches, Gilchrist said he became convicted by God that a brochure was not Biblical. "I burned the brochures," he recounted, saying Scriptures such as Proverbs 27:2 convinced him promotional materials were not for him. "Let another man praise you, and not your own lips," he quoted.

Pastors praised Gilchrist as one of the most effective revivalist preachers in the Southern Baptist Convention and a supportive friend and mentor to evangelists and pastors across the country in his nearly 50 years of Gospel service. Seven preacher boys came out of the first meeting Gilchrist ever preached. Gilchrist was a 19-year-old Louisiana College student preaching a crusade at Harmony Baptist Church in Glenmora. "I stayed in the front room of the parsonage," he said. "I remember I wasn't well prepared. At that time we preached several services during the day. I spent all my time in my room studying in between services."

He said he was never nervous preaching, although he described himself as a shy, timid teen. "My nature would have been to be nervous," he said. "But once the Lord called me He took care of that." That call came late one night on the steps of a Pineville boarding house while Gilchrist prayed with his roommate. The Lord "wouldn't leave me alone," he said. "I told my roommate I couldn't get away from it any longer."

Gilchrist began his ministry as a pastor, serving five years in that capacity. "After five years, the Lord swiftly and undeniably called me to vocational evangelism.” Though some people may have questioned that calling, Dottie, his wife of 46 years, never did.