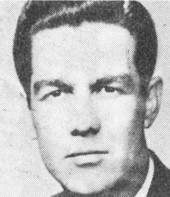 This prominent Southern Baptist Evangelist was a featured speaker at the Pastor’s Conference of the SBC, former president of the SBC and the Texas Baptist Evangelists, and a man who believed in God to sustain him despite his longtime kidney ailment.

When it comes to the life of someone like Manley Beasley you are faced with an individual whose life was his message and whose message was his life. The message of prayer, faith and dealing with adversity that Manley lived and preached was forged in the foundry of experience. Some of this experience included the terminal diseases he carried in his body for years, the hospitalizations and the months in intensive care. And then the message was passed on through his preaching, his writing and his interacting with people in the myriad of ways he was used of God to minister. His passion, like the Apostle Paul, was to be identified with and conformed to the image of his Lord, even when it meant conformity to His sufferings and death.

He was considered one of the foremost teachers on living by faith. Even though he had to undergo kidney dialysis as often as three times a week, Mr. Beasley continued to preach. He was a featured speaker at the pastor’s Conference of the Southern Baptist Convention in New Orleans just weeks before his death at the age of 58.