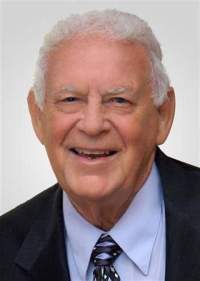 Larry Walker’s 66-year international ministry was focused initially in New York among other areas, and later included more than 500 mission trips to 127 countries. As president of Visionwalk International Ministries, Larry spent more than 65 years in full-time in vocational evangelism.

Larry is remembered by many as a man solely focused upon reaching others with the Good News of Christ. His wit, kindness, joy, and loving personality are fondly remembered as hallmarks of his life and impact in the lives of those to whom he ministered.

Larry went home to be with the Lord in 2014, while on mission in India. He is survived by his wife of nearly 60 years, Carmen Walker Nix; three sons, Van, Vic, and Kevin; one daughter, Devonna; and five grandchildren. Larry for many years served as Ambassador at Large for First Baptist Church Dallas, Texas.