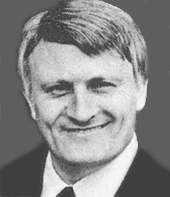 The soul agony and core burden of Jerry Spencer is to see people receive The Lord Jesus Christ as Lord and Savior! It is his calling and determined desire to equip, encourage and edify believers in their daily walk with Christ.

Jerry Spencer, a former high school and college athlete, attended Union University for 3 years and graduated from University of Tennessee (MB) in 1964. He attended Southwestern Baptist Theological Seminary in Ft Worth, Texas and has been awarded a number of honorary degrees including a doctorate from Liberty University. He served on the Southern Baptist Convention Executive Committee for 9 years and served as SBC Vice President. He also served as president of both the SBC Pastors Conference and SBC Conference of Evangelists.

He has been privileged to preach in many outstanding churches of every size and shape. He has been a frequent speaker in conferences and conventions. As an evangelist Jerry Spencer has conducted over 1500 revival meetings and over 100 area-wide crusades in more than 20 countries. In India alone he has seen God save 250,000 souls through the power of the Gospel.