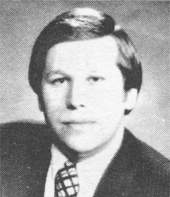 Highly acclaimed as a dynamic preacher, Jay Strack has spoken to an estimated 15 million people in his 35 years of ministry in thousands of churches, over 10,000 high schools and hundreds of area-wide, inter-denominational and inter-racial crusades. He has spoken before government entities, corporate groups, and numerous professional sports teams in the NFL, NBA, and MLB and more than 100 universities. Dr. Jay Strack has shared Christ through his message to both Air Force Academy students and faculty, and was the featured speaker for the 1998 NBA All-Star Chapel.

Dr. Jay Strack is an effective communicator, author and minister from Orlando, Florida. He has devoted his life to helping people become winners. Having overcome his own drug addiction as an adolescent, he believes, "If I can overcome, anyone can overcome." Acclaimed as a dynamic speaker by leaders in the business and educational sectors, as well as the religious arena, Dr. Strack has spoken to an estimated 15 million people in his three decades of ministry.

In the early 1970s, Jay Strack wondered where his life was going. He came from a home racked by divorce several times over, and had been emotionally, physically and sexually abused. He was into drugs and alcohol. Charleston Southern University took a chance on Jay Strack giving him a semester to prove himself. Less than three years later, he had earned degrees in religion and psychology. "I went from totally unmotivated to a doctorate degree," he says. "From getting stoned and thinking school is a waste of time to being radically committed to it. Now, I have degrees on every wall of my office."

Challenged by the knowledge that many young people lack the skills necessary for strong leadership development, Strack created a program called the Student Leadership University. It is targeted to middle and high school students to help develop their leadership skills.

Dr. Strack is the author of more than 15 books including Good Kids Who Do Bad Things: How to Help Your Kids Make Good Choices.