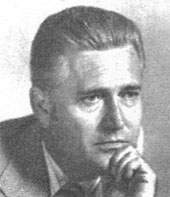 Gene Miller Williams began preaching the Gospel in 1944. After serving as pastor of churches in Texas, Louisiana and Alabama, he entered full-time vocational evangelism in 1957 and has led over 1,500 meetings in America and over 135 in foreign countries. He founded Williams Ministries in 1959.

He received a Bachelor of Arts degree from Baylor University, a Master of Divinity degree and the Doctor of Philosophy degree from New Orleans Baptist Theological Seminary.

In addition to leading revival meetings, Dr. Gene Williams was Chairman of the Board of the missions’ ministry, now named Concern for the World. CFTW supports more than twenty-five staff evangelists in America and overseas. More than 3,000 souls are saved each month through the ministry of Concern for the World.

Dr. Williams was a Professor of Evangelism and Missions at Liberty Baptist Theological Seminary and was President of Luther Rice Seminary for ten years. Following that, he gave his time to evangelism and led approximately 25 meetings a year.

He was a member of the International Mission Board of the Southern Baptist Convention.

The Apostle Paul said, "This one thing I do!" Dr. Gene Williams kept his mind and heart fixed on the one thing God called him to do…preach the Word that leads souls to Christ.