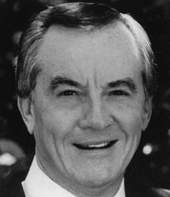 Born in a hospital charity ward and raised by grandparents in a ghetto section of Houston, Gage was an undisputed gang leader by age sixteen. Gage was saved in a 1951 revival and felt God call him to preach that same night. He spent much of the late 1960’s and 1970’s preaching to high school students about drugs, hippies and hell. In the more than four decades since, either directly or indirectly, Freddie Gage has influenced three generations of evangelists. They include Gage's four sons, all of whom are ordained Southern Baptist Ministers focusing on evangelism or other ministries.

What deeply grieves Gage is… “Seeing men water-down and compromise the Gospel of Jesus Christ. I have no problem with change. Change is inevitable, but a watered-down, compromised Gospel with no conviction has no power. Where is the passion for souls we once had…and where are our tears for souls? Preaching an uncompromised Gospel has been Gage's life and it is his legacy.

In 1997 Gage founded Wounded Heroes to restore ministers who have been abused by churches, suffered personal failure or fallen victim to other traumas. In 1999 LifeWay presented Gage with its James T. Draper Jr. LeaderLife Award in honor of his long-time evangelistic ministry and the work he has done through Wounded Heroes.