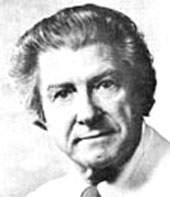 Edward William Martin was born November 25, 1915 to Robert and Edith Martin of Philadelphia, Pennsylvania. The spiritual pilgrimage of Eddie Martin, who became one of Southern Baptists most successful evangelists, began when an elderly woman visited the Martin household when Eddie was a young boy. The Martins were not a Christian family until a woman passing out Gospel tracts came to their home. Mrs. Martin made a profession of faith in Christ and began witnessing to her husband and children. They were all won to a saving knowledge of Jesus Christ and made professions of faith – except Eddie. Eventually he professed faith in Jesus Christ, and the entire Martin household became believers. Soon after Eddie Martin’s conversion, he heard evangelist Porter Barrington preach, and knew he wanted to become a full time evangelist. In the late 1930’s, Martin attended Moody Bible Institute of Chicago, Illinois.

In the early 1940s, Martin became associated with the Pocket Testament League of New York City. Martin was an active participant in sports as a youth and later in life as a spectator. He used this interest in youth to help shape the direction and content of his evangelistic ministry. He also became interested in the spiritual welfare of the thousands of young men who were being drafted into the armed forces of the United States at the height of World War II.

After the war, Eddie turned to evangelistic crusades and revivals with renewed enthusiasm. He began speaking in church auditoriums and sanctuaries, high school classrooms and gymnasiums, public auditoriums and tents. His fame and success increased until he was filling huge tents with attendance in the thousands, not including those unable to find space within the tent. During his years of ministry, Martin made or had made hundreds of photographs of him and his revival teams, motion pictures, and audio and video recordings from disc through wire and even two-inch broadcast tape. He prepared many sermons and published a four-book series on his personal method of soul winning, “The Law of the Harvest.”

At the height of his ministry, Martin turned his attention and energies to Central America. Martin’s ministry spanned a period of more than 50 years and included work with 1,250 pastors in 1,500 crusades and revivals. He remained active as long as his health permitted and died in Lancaster, Pennsylvania May 17, 1997.