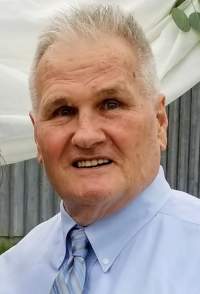 David Stockwell's ministry began at the age of 17, when he received Christ after attending a Fellowship of Christian Athletes conference and a city-wide crusade in his hometown of Baton Rouge, Louisiana. He immediately felt the call of evangelism on his life, and began preaching the Gospel across America in schools, churches and a wide variety of public arenas.

David attended Rice University in Houston, Texas on a football scholarship, where he also became president of the Rice chapters of Fellowship of Christian Athletes, Campus Crusade for Christ, and Athletes in Action. After graduating with a degree in behavioral science, he attended Southwestern Baptist Theological Seminary and graduated with a master of divinity degree. In college and in seminary, demonstrating a proclivity for linguistics, he completed five years of Greek and three years of Hebrew language studies.

As a full-time evangelist since the moment he received Christ, David has reached millions of people around the world with a clear presentation of the Gospel of Jesus Christ.

David is a powerful communicator of the Gospel. A dynamic preacher, harvest evangelist and motivational speaker, he has ministered in crusades, rallies, churches, schools, universities, prisons, government offices, sports arenas, and a variety of other venues across America and in many nations overseas. David has been privileged to preach the Gospel numerous times in more than 20 countries, including Bangladesh, Brazil, England, Guatemala, India, Indonesia, Kenya, Malawi, Mozambique, Nicaragua, The Philippines, Romania, Rwanda, South Africa, Tanzania, Uganda, Ukraine, Zambia and Zimbabwe.

In more than fifty years of evangelistic ministry, David has seen hundreds of thousands of people pray to receive Jesus Christ as Lord and Savior, making public professions of faith in Christ and Christ alone. David and his wife, Amy, are committed to the clear, uncompromising communication of the Gospel of Jesus Christ, and serve God together in full-time evangelistic ministry.

David is currently serving as president of Conference of Texas Baptist Evangelists and is a past two-term president of Conference of Southern Baptist Evangelists. Amy Stockwell also serves as an officer in both organizations. David is the 2016 recipient of the distinguished Roy Fish Lifetime Achievement Award for Vocational Evangelism, awarded by the Southern Baptists of Texas Convention. The Stockwells are also members of Fellowship of Baptist World Ministries, an organization comprised of those whose evangelistic efforts are focused internationally. Their home church is Second Baptist Church in Houston, Texas, pastored by Dr. Ed Young.