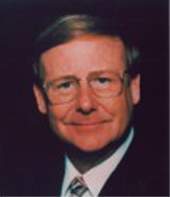 His "Pointing The Way" crusade ministry has seen countless souls won to Christ. Everything in the area wide crusades is geared to the purpose of souls. You see much greater things accomplished when churches work together. Pastors of the area strengthen their relationships with each other and a spirit of cooperation is born.

Countless lives have been touched and changed by the Gospel of our Lord and Savior through Real Evangelism Bible Conferences. Bailey Smith is the host of the conferences which he originated in 1984. He hosted the first conference at the First Baptist Church of Euless, Texas. Dr. Jimmy Draper was pastor of the church at the time. Since then, the conferences have become a significant focus of Smith's ministry. The conferences are not designed to instruct or train. "My real goal has not been for people to learn a great deal," he said. "You can buy a tape or a book to learn principles and concepts. We want a man to leave absolutely changed, blessed, and stirred." According to Smith, the conferences achieve that goal through a combination of powerful preaching and heart-stirring music.

Bailey Smith graduated to heaven January 14, 2019, after a courageous battle with cancer. We will miss this great man of God!